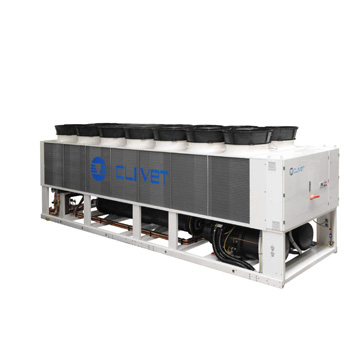 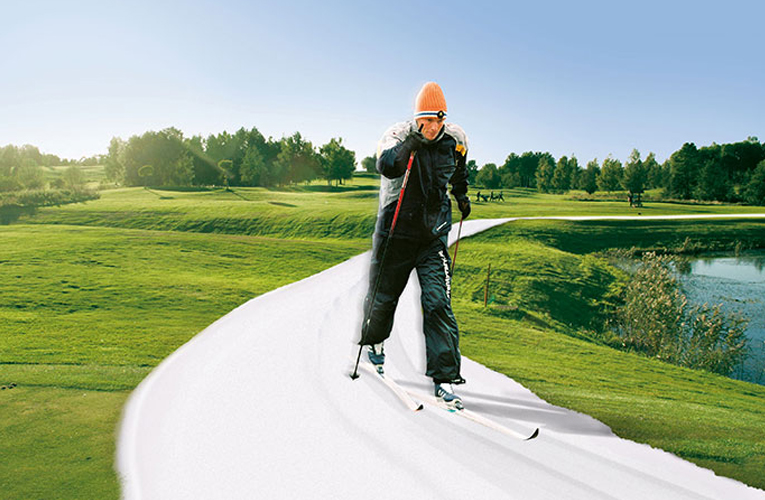 Pay & Ski is located 180 km from Stockholm and is the world longest artificial cross-country ski track. It is two-kilometre long, all in the open air, and allows cross-country skiing on real snow even in summer.

Pay & Ski track is kept covered in snow even during the summer season by means of an hydronic cooling system laid underground. Under the whole circuit there is a thick grid of plastic pipes with high resistance and thermal conductivity. This grid is laid with gravel and with an asphalt surface protection carefully levelled and afterwards covered with snow.

In order to keep the snow undamaged and with the right consistency, a stream of water at –10°C temperature constantly passes through the pipes. To avoid freezing, the water has a glycol additive. The solution of water and antifreeze is kept at the right operating temperature by four air cooled chillers placed along the track, 500 metres apart.