Story of the Ecocapsule has begun in the 2008 when our architectural studio Nice architects participated in Andes Sprout Society idea competition to design small housing unit for artist. Ecocapsule v1 was bearing three pivotal design features: round shape to minimize energy losses, water collection capability and mobility. Design was not successful In the competition, but breaking point for the project was when inhabitat.com choose Ecocapsule to their selection of the most interesting picks from competition. Massive amount of inquiries persuaded us to develop this project further. Unfortunately technology of 2008 was not ready for truly independent house.
Only in 2014 development allowed us to finish designing Ecocapsule v2 prototype equipped with necessary systems for long time independency. It was designed as a self contained system which is able to sustain long periods of time without external resources. Something in terms of Swiss-army knife –It packs everything you need.
Long term independence is mostly matter of strategy how to harness and reuse every kind of energy available. Dual power system containing high efficiency solar cells and silent wind turbine is allowing bypass periods without sufficient sunlight or wind. Produced energy is stored in the batteries to power all onboard systems. Thick layer of efficient thermal insulation and energy recuperation are significantly reducing thermal losses. Round shape is helping to collect rain water and series of membrane filters are allowing filling tanks from any natural water source. Bio waste is collected in the composting toilet. Next step in development is electrically powered incineration unit. Heat from the incineration will be used for heating. All these small tricks together are creating system able to sustain without resources for long periods of time.
Manual water pumps were installed as a backup system for unlike case of depleted battery. Capsule will still retain basic its functionality as a shelter.
Ecocapsule is bearing its architectural heritage. It is built as low energy house.
Key to successful survival strategy is strict management of energy resources. Conventional house can afford to lose several watt/hours but for Ecocapsule is this difference crucial. Onboard low consumption computer is providing more efficient means of control.
Long term off-grid stay was always burdened by lack of resources and constant resupply. Usually it means constant flow of equipment and fuel, which is negatively impacting environment. Fact that capsule is equipped with everything needed is limiting impact to the environment just to its footprint.
Initially Ecocapsule v1 was significantly bigger and raised lot of questions about transport of the unit. Reducing size to shipping container eased transportation problems – it can be transported on the truck, towed on the trailer and in the 2016 it will receive its undercarriage.
At first we planned to use the Ecocapsule as a frontier dwelling. It is housing unit for people who need to stay in the nature for long time e.g scientists, photographers, rangers or extreme tourists. Easy mobility, containerization and long term energy independence opened new ways how to utilize potential of the capsule.
Capsule can be quickly shipped and used as housing for emergency teams in rapid response situations where infrastructure is damaged e.g. earthquake. Teams can directly approach their tasks without need to build their base and facilities. Capsule can serve here as a small power plant and water filtration unit.
Interestingly capsule can be used as a urban dwelling for singles in the high-rent, high-income areas like NY or Silicone valley. It can be placed on the rooftop or vacant parking lot and substitute studio for a longer period of time.
During the construction of the capsule, we learned most valuable lesson. If you want to survive, you need to utilize all resources you have available. Otherwise you will be punished by limited function. I guess, that is also applicable to planet Earth. Only punishment will be more severe.

The Ecocapsule is the first truly independent micro-home.

Ecocapsule is smart house powered purely by solar and wind source of energy. It allows people to reach the frontiers with the luxury of the hotel room. It can serve as cottage, pop-up hotel or even as charging station for electric cars.

Extended off-grid stay
Ecocapsule is equipped with dual power production system bypassing periods of low energy production and massive battery capacity allowing to store surplus energy for later usage.
Spherical shape of the Ecocapsule is carefully formed to maximize collection of the rain water and morning dew. Membrane water filters installed in the Ecocapsule are devised to purify 99,999% of the bacteria and rendering any natural water source suitable for drinking.

Easy mobility
Ecocapsule is optimized for easy transportation. It can fit into standard shipping container therefore it can be easily shipped globally with lowest shipping fees possible. Mobility of the Capsule can be extended via additional undercarriage which will turn Ecocapsule to the fully functioning caravan. 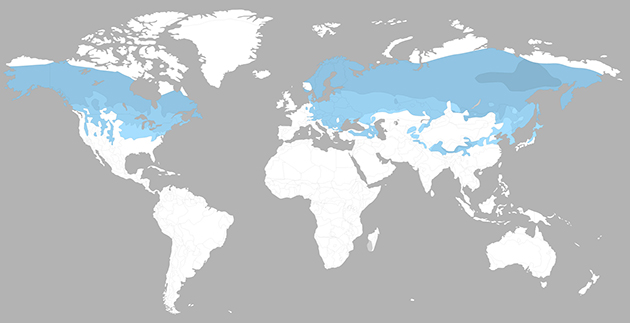